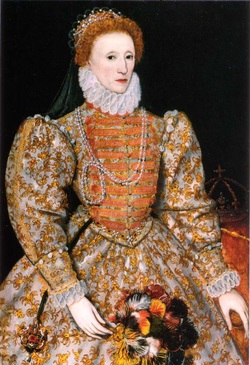 ﻿﻿The module is comprised of four extremely sophisticated and compelling theatrical scenes. Each scene is followed by a five-minute work-book period, where participants are challenged to examine and evaluate pockets of conscious or unconscious bias that exist within specific work groups in their organization. The facilitators of the module create a very safe, high-level environment, so that difficult and uncomfortable situations or challenges can be shared without fear. Consequently, the debrief of the presentation is always rich in truth, and, often, uncomfortable truths. Because of the shared feeling of safety in the room, such uncomfortable truths can be thoroughly examined, and actionable solutions can be applied.

Scene 1: “The Assumption” (15 Minutes) focuses on the assumptions that were in play when Elizabeth rose to power. Such assumptions were: 1) That woman were constitutionally incapable of effective leadership  2) That only men and women of higher education and privilege had the creative capacity to govern  3) That competitors and other nations were inferior in both philosophy and business. Scene One is immediately followed by a five-minute workbook period based on assumptions in the workplace. Total time: 20 minutes.

Scene 3: “Beliefs” (15 Minutes) looks at the limiting beliefs and negative beliefs that Elizabeth addressed during the second and third decades of her reign. In the scene, Elizabeth challenges the negative beliefs held by her councilors and direct reports, while simultaneously dealing with the challenge to her own beliefs by foreign powers and individuals of great global influence (The Pope). Scene Three is immediately followed by a five-minute workbook period based on limiting and negative beliefs in the workplace. Total time: 20 minutes.

Scene 4: “Towards a Deeper Democracy” (15 Minutes) This scene reveals the necessary skill-sets, competencies, practices, and beliefs necessary to create environments of inclusion and empowerment. Such an environment gave birth to the British Empire, which dominated the world of culture and commerce for over 400 years. Scene Four is immediately followed by a five-minute workbook period based on creating a diverse and inclusive energy in the workplace. Total time: 20 minutes.

Break:  Following the Scene Four Workbook Period, there is a ten-minute refreshment break.

Debrief:  A spirited and robust 30 minute debrief period follows the break, where all learning is anchored, and action plans are charted and discussed. 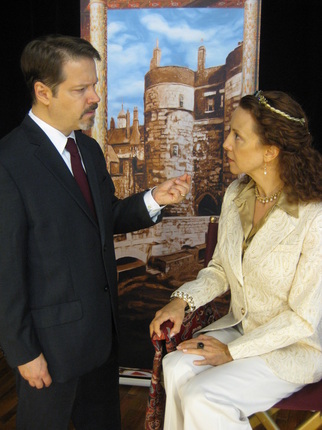 Suggested timing for the module is as follows: